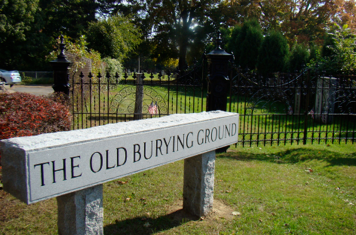 
The Old Burying Ground (Mechanic Street Cemetery added 2002 - Site - NRHP Reference # 02000632), an historical gem that has gone unnoticed by many Westfield residents due to its secluded location. Set back some 100 feet from Mechanic Street and guarded by a handsome wrought iron fence and gate. The Old Burying Ground was not identified from the road and could be entirely missed by the casual passerby. A 2007 grant from the Community Preservation Act remedied the situation and made the Revolutionary War era graveyard easily identifiable by city residents with the installation of a granite sign marking the entrance. A proposed bronze sign will offer further information about the significance of this location.

The cemetery was established as the first community burial ground in the 1600’s. There are many smaller cemeteries in the outlying areas around Westfield which are local or even family plots. The Old Burying Ground (Mechanic Street Cemetery) was established on a small knoll that could be seen across the Fort Meadow from the stockade in a north westerly direction.

Originally the cemetery was about half its present size and was enlarged about 1825. The original entrance was on Main Street on the southeast side of the second church built in Westfield. There was also a receiving tomb there for many years. At that time the western boundary was near the big maple that fell down from rot in 1996. The Mechanic Street entrance opened in 1834. 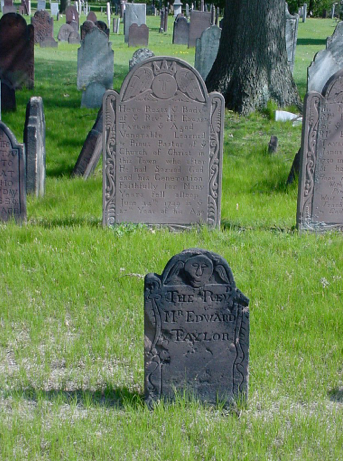 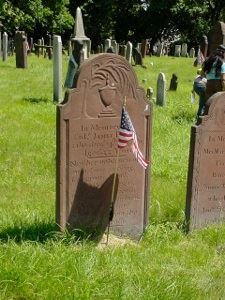 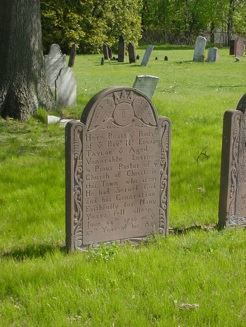 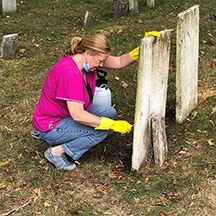 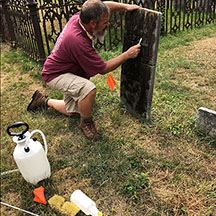 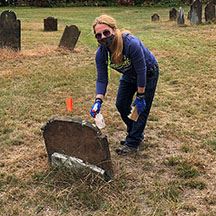 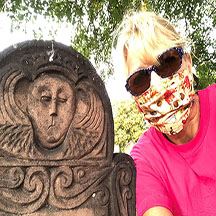